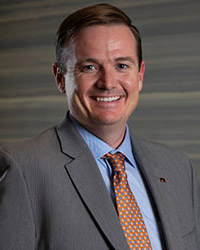 Bashaw grew up in Safford, Arizona before studying Agriculture Technology Management at the University of Arizona. He started his career with AZFB in 2006 as a government relations manager where he was instrumental in working on legislation related to agricultural property taxes, transportation and air quality regulations related to the Agriculture BMP Program. He was also active in AZFB’s efforts for visa reform and studied the economics of immigration while obtaining his master’s degree in Public Policy from New England College.

Phil has also served as the Director of Government Relations and Grassroots Advocacy for the Grand Canyon State Electric Cooperative Association (GCSECA) for 5 years.

During his time with GCSECA, Bashaw has been involved in a number of grassroots campaigns related to environmental regulations, electricity markets and utility rate structures. Bashaw also spearheaded efforts to protect critical funding sources for cooperative community support programs such as scholarships and utility bill assistance.

Phil and his wife, Lauren, live in Gilbert, Arizona with their two young children.

Appointed to the Arizona Power Authority Commission in January 2014, Russell L. Jones was appointed upon the retirement of Lt. Gen. John I. Hudson, U.S.M.C. (Ret) for a term to expire in 2018. Russ Jones served as an Arizona State Representative for District 24. Russ has been a successful small businessman for many years. He is currently the President/CEO of R.L. Jones Management Group. He is a licensed Insurance Broker and Notary for the State of Arizona. He also has a National Customs Brokers License with a Customs Import Specialists (CIS) designation. 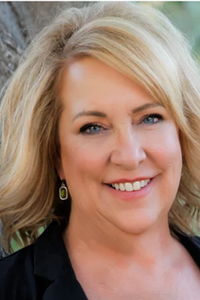 Appointed to the Arizona Power Authority in November 2020, Kim Owens previously served on the Salt River Project Council, representing the ratepayers of District Two. Elected to three terms, she served on the Strategic Planning, Power, Education, and Community Relations committees and represented the SRP Council at the National Water Resources Association, Colorado River Water Users Association, and the American Public Power Association conferences.  Previously, Kim was a member of the Tolleson Union High School District Governing Board, elected to five terms by the voters in the district. As a board member, she represented her region on the AIA Legislative Council and was named Education Advocate of the Year.

After retiring from a 20-year career as a Registered Nurse, Kim was a small business owner and Realtor, and is currently a public relations professional.  Kim is a native Arizonan and currently lives in Buckeye with her husband Dean, they have three adult children and six grandchildren. 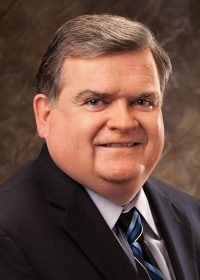 John has served on boards for: National Water Resources Association, Colorado River Water Users Association, Water for the West Foundation, Arizona Agribusiness and Water Council, Desert Botanical Garden, Arizona Town Hall, and Tempe United Way Campaign. He is a native of Arizona with a Bachelor of Science in Electrical Engineering degree from the University of Arizona. John and his wife have three adult children. 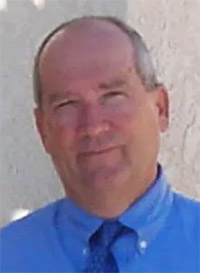 James (Jim) Sweeney has worked in the irrigation and electrical utility field for over 37 years, retiring as General Manager of Maricopa Water District (MWD) in June of 2013 after 16 years at the helm.  Prior to his time with MWD, he served joint roles as the General Manager of the Central Arizona Irrigation and Drainage District (CAIDD) and Electrical District No. 4 in Pinal County for nearly 21 years.

Besides his years of service with the districts, Jim also served on a variety of boards and committees in support of water and agriculture throughout the state.   Jim was President of the Agri-Business and Water Council of Arizona, a board member on the Irrigation and Electrical District Association, Chairman of the Governor’s Livestock and Agriculture Advisory Committee and Co-Chairman of the Technical Advisory Committee to the Governor’s Water Management Commission.